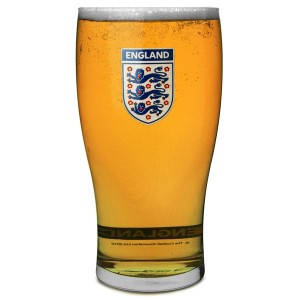 Whatever the result of this evening’s match, we can be sure that there will be many sore heads across the nation on Monday morning. Many will be tempted to give work a miss, as was one England fan who feigned illness in order to attend the semi-final match against Denmark, but unfortunately found herself plastered across the nation’s TV screens (and out of the job).

But as one employer found out in a recent tribunal case, employers who accuse employees of dishonestly feigning illness in order to avoid work should undertake a careful and unbiased investigation before deciding to dismiss. It can be tempting to assume guilt when faced with what appears to be clear evidence, but an employer who hasn’t covered all their bases may find that their case falls apart on closer inspection.

In this case, the claimant, Colin Kane, was employed as a driver for Debmat Surfacing Ltd from 2012 and was dismissed in August 2020. Debmat is a middling-sized road surfacing company with around 160 employees.

The claimant suffered from Chronic Obstructive Pulmonary Disease (COPD) meaning that he sometimes had to take periods of sickness absence, and the claimant was off sick from the 9th of March 2020 to the 30th of March 2020.

On the first day of his sickness leave, Monday the 9th of March, a fellow employee, Shaun Johnson, saw the claimant walking into a social club when driving past, and reported this to the managing director John Turner. Mr Turner called the claimant who apparently told him that he “had been bad in bed all day with his chest”.

After an initial investigation meeting, a disciplinary hearing was held, led by Mr Turner. Mr Turner put it to Mr Kane that it was not appropriate for him to be going to the pub whilst off sick, and Mr Kane admitted that he had been in the pub for two short periods that week. A photograph of Mr Kane drinking and smoking was referred to by Mr Turner, but was not shown to Mr Kane, and the timing of the photograph was not corroborated. It was also put to Mr Kane that he had lied to Mr Turner about being home in bed when he was in the pub, though the claimant could not remember the conversation.

After a short break, Mr Turner gave his decision – the claimant was dismissed for a breach of trust and dishonesty. A follow-up letter confirmed the allegation of ‘attending the pub on numerous occasions, consuming alcohol and smoking whilst being signed off on the sick with chronic lung disease/chest infection and claiming to be at home in bed.’ This was held to be a breach of the company’s rules, considered gross misconduct, and the employee was dismissed.

The claimant appealed his dismissal on the basis that he had been told that the date of the call from Mr Turner was Tuesday when it had in fact been Monday, and on the basis that other staff had gone to the pub whilst off sick and not been disciplined. The claimant brought a claim to the tribunal for unfair dismissal.

An allegation of misconduct is of course a potentially fair reason for dismissing an employee under the Employment Rights Act. However, the law considers whether, in the circumstances “the employer acted reasonably or unreasonably in treating [the allegation] as a sufficient reason for dismissing the employee”. In considering the reasonableness of the dismissal, so far as misconduct is concerned, the tribunal will ask fice questions:

The tribunal had a number of issues with the way the employer had approached the last of these two criteria. In relation to the investigation the tribunal noted:

The judge further pointed out flaws in the formal disciplinary procedure:

The judge held that the claimant had been unfairly dismissed. The award was discounted by 25% to reflect the fact that Mr Kane might have been fairly dismissed if Debmat had followed a proper procedure.

Whilst the thoroughness of the procedure expected of smaller employers will differ from larger ones, all employers must attempt to follow a clear and fair procedure when dismissing employees, even when they feel they are looking at a case of obvious misconduct. Employers must consider the ACAS Code carefully and ensure they are followed substantially, not just go through the motions.

Employers should also be clear about the reasons for an employee’s dismissal and what the evidence shows. In this case the employer stated that the claimant should not have been leaving his house, and also that the employee had lied in a call to the MD. But they had no medical evidence to support the first allegation, and it was not contained in their disciplinary rules. The second allegation turned out to rely on faulty evidence.

Employers should follow a careful procedure in all cases – tribunals will not go lightly on an employer that didn’t do their homework.