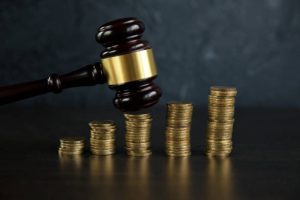 The dispute before the court was in relation to the division of the parties’ finances. The wife made an application for a financial remedy order and one issue before the court was whether the pre-nuptial agreement should be relied upon, one factor being that the wife said she had been subjected to coercive and controlling behaviour by her husband and had not been able to enter freely into the pre-nuptial agreement, which the husband disputed.

At the conclusion of the case, the wife was heavily criticised for her “woefully excessive” and disproportionate legal costs she incurred.  The wife’s legal costs totalled £403,150, which was £145,895 more than the husband’s total costs, despite him paying almost all the experts’ fees.

The judge when considering the obligation of the parties to negotiate reasonably concluded that the wife had “set her sights far too high”, that instead of mitigating her claim she had increased it and the wife should have responded constructively. The Judge found that that the husband’s offer was more realistic.

The judge stated that the court:

(a)  had the power to depart from the no order as to costs principle in relation to financial remedy proceedings;

(b)  that the court can and will take a broad view of conduct and will generally conclude that to refuse to negotiate openly, reasonably and responsibly will amount to conduct

(c)   this conduct can amount to the court considering making an order for costs.

The judge concluded that the wife being “left with a costs bill to pay is entirely the result of her prodigal expenditure on costs and her approach to this litigation”.

This is a lesson to all litigants involved in financial remedy proceedings, that it is essential to (i) negotiate, (ii) to be reasonable, (iii) consider proportionality rather than emotions.